Wow, a website for people to celebrate how tiny minded microsoft moderators are

I'm looking at this - there's a building in town here with chinese good luck symbols that I thought were swastikas. I was wrong - but this moderator just keeps calling the pic in the guys bio swastikas.


Yet this site is a 'haw haw, lookie the stupid people tink dey were right', while the moderator is being wontonly culturally ignorant in order to 'protect people'

Hey, there might be some books with the chinese good luck symbol out there too - perhaps burn them, for the good of the people?

Then this one, where the guy was soliciting something which is impossible to get, apparently.

All this from a brief skim of the first page?

I'm not laying into how moderators forget they are human and think they are as correct on a matter as some sort of god would be.

No, it's the celebration of ignorance as being right and the one true way that appals me!

Yeah, there's other stuff which are more clear cut - but it's all being treated as equally clear cut. Real ignorance there.
Posted by Callan S. at 8:11 PM No comments:

If you stripped you fave game bare of graphics, would anything remain? 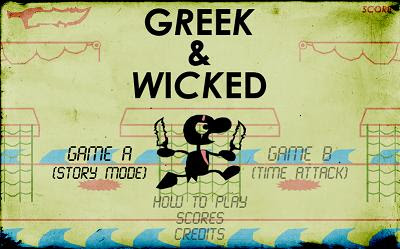 A lot of people put emphasis on graphics ("Oh, it looks beautiful!") in games - as if it's the significant factor. For myself, I think you can play chess with stones and pebbles and its still as good a game.

So what if you strip out the graphics of your fave game? What's left? Much? Anything? This is a particular question with current mmorpgs.

Someone was already kind enough to experiment with that with greek and wicked, a graphical reduction of the god of war hydra fight
Greek & Wicked
The game and watch game!

Guild Wars 2: One step forward...now how about the other foot as well? 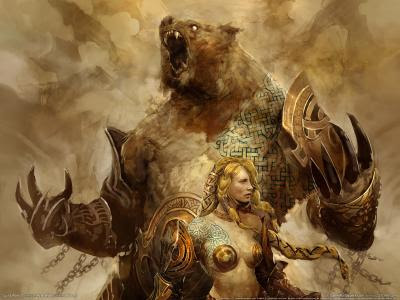 Care Bear Stare!
Some press release on guild wars 2 over here at mmocrunch

Taking a quote from it


Johanson spots another flaw in the basic quest design used in traditional MMO’s, “what the quest text tells you is happening in a quest is not actually what is happening in the world.” Johanson mentions that often times the events you are supposed to alter, say slaying a group of goblins that are attacking someone’s farmstead, actually don’t effect the game environment. By slaying your 20 goblins you are supposed to kill, you won’t actually save the farmer’s home, those same goblins will simply respawn, ready for the next adventurer to take the quest, thus, in the game world, perpetually putting the farmstead in danger. Johanson says that this is an unacceptable form of questing. With the new Dynamic Events System, if you don’t stop those 20 goblins, they will destroy the farmer’s house, or oppositely, if you defeat them, they will be gone and the farm will truly be saved.

However, look into this further information and you find things are actually cyclical

I wrote the following comment at mmocrunch and thought it'd make a good post here, starting with quotes from the press releases:

“if you don’t stop those 20 goblins, they will destroy the farmer’s house, or oppositely, if you defeat them, they will be gone and the farm will truly be saved.”

“These events change the world when they occur, but it isn’t a change that lasts forever in the persistent world”

So the farm is saved for twenty minutes, or half an hour, or something?

And their example of Skritt? It makes it sound like you have to go through Skritt, somehow, to get to the ending. Like it’s B in A, B, C and D, where D is the game end. In other words, the bigger picture is linear, no matter how many ways you can approach Skritt.

That said, even with that critique, they still seem to be taking a giant stride ahead of other mmorpgs!

And the non subscription plan seals it for me – I’ll buy it. But I really think this is just a giant stride ahead. In the end, that farm is still put back into danger.

If they could procedurally generate new farms, or have player built ones somehow, and after being saved X number of times that particular version of a farm is permanently saved, that’d be taking the next big step.

The step to actual world persistancy.

But beyond dismantling their missuse of the word 'persistancy', it sounds fun in itself and buying it will help fund actual development of mmo's into something new. Unlike a certain company who, from the millions they make each month after expenses, developed a...sparkle pony. And needed $25 from millions of customers to recoup the massive R&D involved, of course. The guild wars team seem slightly more ambitious than that...bless 'em!
Posted by Callan S. at 9:33 PM 3 comments: 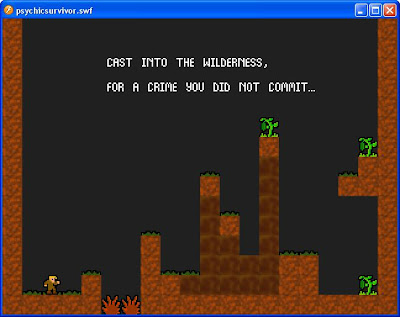 Screen shot of a game I'm working on, working from a base that was offered by Gornova81 over here. 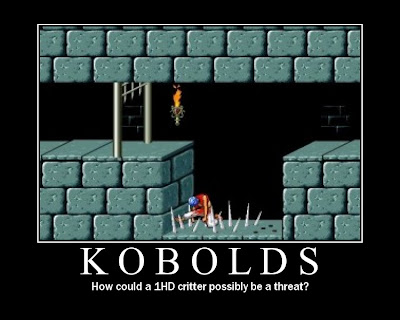 Here's a thought experiment - what if you took the 'kill ten kobolds' quests and made it's count reset if you 'die' before compleating it?

Arguably one could say you might die and die and die on a single kobold, thus that's about skill. But on observation your chance of death come from multiple encounters in a row, so really if you can beat one you will eventually get the whole ten.

But NOT if your quest count resets on death. Maybe your not good enough to do ten in a row?

Or atleast there's more tension there as you get to the end, rather than the usual feeling of 'Almost done with this crap'. Or atleast that's what I feel.

I think they both say very different things about play. With A you've just got to beat the ten. Turning it in is just paper work, so to speak. While with B getting back to the quest giver is vital - though with the traditional mmorpg model, it's typically an anti climax as there is very little conflict on the way back. It'd be like beating a big bad ogre...but then you have to step on a half dead gobo to get the treasure - and stepping on him takes several minutes.

Anyway, I think a reset would add more tension to play. It'd probably also alienate people who want mmorpg 'play' to be like work, boring and predictable reward to look forward to. But I don't like to encourage that anyway.
Posted by Callan S. at 1:06 AM 2 comments:

Idea for permanent death (in any game)

Killed by a grid bug!
Instead of only choosing your characters first name, you choose their surname, then their first name (or use the random option)

When you die your back to first level! And the first name is gone - that guy is dead! Your 'character' is known by his surname, because your playing a family heritage, not one guy.

However, by paying money and using certain items (that can only be used X number of times per RL day), you can boost your level back up to your top level gained. The smaller the gap between current level and top level, the less you have to pay. Also paying only lasts for awhile, so although it's alot like most traditional mmorpg, it's not always that way and by default, if you don't have the money and items, your back at level one.

Indeed I think ages ago I heard of some game that used a family system along with perma death, but I can't remember it.
Posted by Callan S. at 6:53 PM 1 comment:

Heh, just the other day I was saying this


Any new model has to forfil both the player and the subscription companies needs (or become like guild wars, a one off purchase).
Personally I think something like this “Kill three orcs. In two days of real time after compleating it, you will become level 20. Or after the first three you can grind orcs to get to level 20 faster if you want (it’ll take roughly three hours – weve padded it out to that time)” works out better.

And just today I find out age of conan now gives you a level up for every four days of real life subscription.

I'm gunna have to start formally logging some of my predictions, just to see.
Posted by Callan S. at 9:22 PM No comments:

Sorry for the pause, I've been playing alot of the warhammer endless trial and it is still quite engaging!

I will say though, and I don't blame the designers for this, when I tried out the other side - I lost perhaps all sense of importance of the game world? I guess it's because I was fighting for the cause of order first and then...destruction really is destruction. I just cancelled the meaning out so it ended up just the gamism, like playing quake live - not gamism and a sense of a cause your following. BUT as I said I don't blame the game designers - what are they going to do, lock you off from playing a side? Nah. There might be ways around it, but it's not something they have to do. Also it might just be something I experience, and I might be part of a minute demographic in that. But it made me think, all the same.
Posted by Callan S. at 2:32 AM No comments: