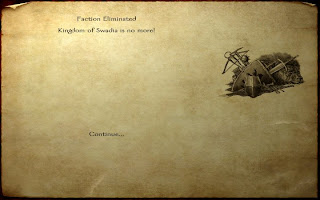 Finally, my championing of Lady Isolla of Suno has culminated in defeating King Harlus and the old faction of Swardia is destroyed (only to be instantly replaced by Lady Isolla as queen). And suddenly the dark orange which indicated foe is now my factions prideful colour. Can't help feeling were the enemy though... 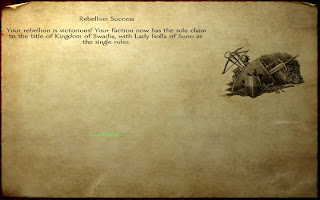 Shots of Isolla saying how hot and handsome I am, after the break (well, not in those words, but you have to read between the lines, man!) 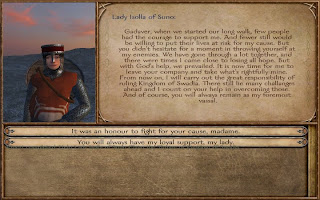 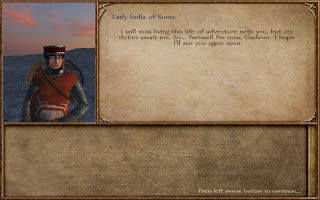 And it is done!

Feels a slight anti climax to instantly go back to the world screen afterward, with my horse still trundling to the waypoint I set it before this event came up. Kind of like nothing happened. Such is a current...issue...with games that have a high sandbox level.

But it is done! It was a mighty battle and many lows (and some highs) along the way.

HUZZAH!
And now for something completely funny out take - a bit of a bug in the game. 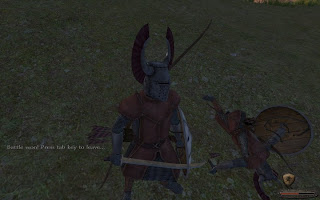 Recognise the guy on the ground at all? 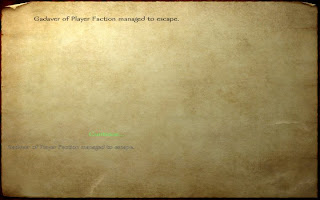 Yes, Mount and Blade has inner conflict built into the game.

Though perhaps I shouldn't have show an arrow into his/my head from long range?